Most people now know that LED is a new source of energy saving. But there is still a big advantage that is often overlooked, that is, pollution-free and environmentally friendly.

Mercury has a very low boiling point and can evaporate at normal temperatures. After a waste discarded light source is broken, it immediately emits mercury vapor to the surrounding area, which instantly makes the concentration of mercury in the surrounding air reach 10-20 mg/m3, exceeding the maximum allowable concentration of mercury in the air (0.01 mg/cubic). M) is 1000 to 2000 times. According to a study of mercury at Stanford University in the United States, 1 milligram of mercury is enough to contaminate 5454.5 kilograms of drinking water, making it impossible to meet safe drinking standards. The consequences of air and water pollution caused by mercury are very serious. After being eaten by aquatic organisms, CH3Hg is produced. This is a highly toxic substance, as long as the half ear spoon can cause death. Mercury itself destroys the central nervous system, and the effects of reproductive defects are also very serious. Mercury can also damage the kidneys and liver, and can even cause death at a sufficient dose. Mercury can be transferred in different ways in the soil, in the water stream, and even in the atmosphere and food chain. Therefore, persistence, easy migration and high bioaccumulation make mercury one of the most attractive environmental pollutants in the world. The most serious mercury poisoning incident in history was the case of Japan's Minamata disease, when hundreds of people died as water in Minamata was contaminated with mercury. Now the Japanese government has learned the lesson that all discarded fluorescent lamps must be treated with toxic substances, so that those who purchase ordinary fluorescent lamps must pay twice as much to pay for this toxic substance disposal fee.

Because China does not have a special recycling agency and recycling regulations, most fluorescent lamps and energy-saving lamps are buried like ordinary garbage. Regardless of whether fluorescent lamps or energy-saving lamps are made of extremely fragile glass, the mercury must be Will run out, and because of the high proportion of mercury, it is easy to sink and penetrate into the groundwater, and then be consumed by humans and animals. The consequences are unimaginable. In particular, the vast majority of the people are almost ignorant of the dangers of mercury.

In addition, all electric light sources that use mercury vapor to emit light use electrons to bombard mercury vapor to generate ultraviolet light. This ultraviolet light is also an environmental pollution. Its main wavelength is 2537 angstroms = 2537x10-10m = 253.7nm, which is called UV-C ultraviolet ray. About 60% of the energy consumed can be converted to ultraviolet light, and other energy (about 40%) is converted to heat. The visible light is released by the ultraviolet light absorbed by the fluorescent material on the inner surface of the tube. Different phosphors emit different visible light. The efficiency of converting "ultraviolet light" to "visible light" is about 40%. Therefore, the efficiency of the fluorescent lamp is about 60% x 40% = 24%, which is about three to five times that of the same power tungsten wire. That is to say, 100%-(40% + 24%)=36% of the ultraviolet rays are not converted into other energy and directly radiate on the glass tube wall. 36% of the UV rays are about 94% exhausted through the wall of the glass tube, so 36% x6% = 2.16% of UV-C may pass through the glass tube. UV-C is considered to be Deep UV on the human body, which is extremely harmful. The US GE Singular Company recommends that humans should not be exposed to fluorescent light for more than 16 hours. The damage caused by ultraviolet rays to the human body is the total amount accumulated for life. This is crucial for those girls who love beauty.

The LED lamp is a completely environmentally friendly product that is completely free of mercury, and it does not have ultraviolet radiation, but its driving power source has extremely low microwave radiation. The use of this new light source completely eliminates all kinds of pollution, so it can be called a true "green light source". (Edit: Looking up at the stars)

Do you have many keys on hand ?For household ,for office ,for cars to lock and open?Definately ,everybody has keys! To keep our keys in order ,we will need to buy a keychain ,to make our life more colorful and interesting ,maybe if there is some cartoon images will be very funny,our company help you to do silicone keychains by your own design and assemble with stainless rings,this make your keys more flexible and the ring can avoid being rust! 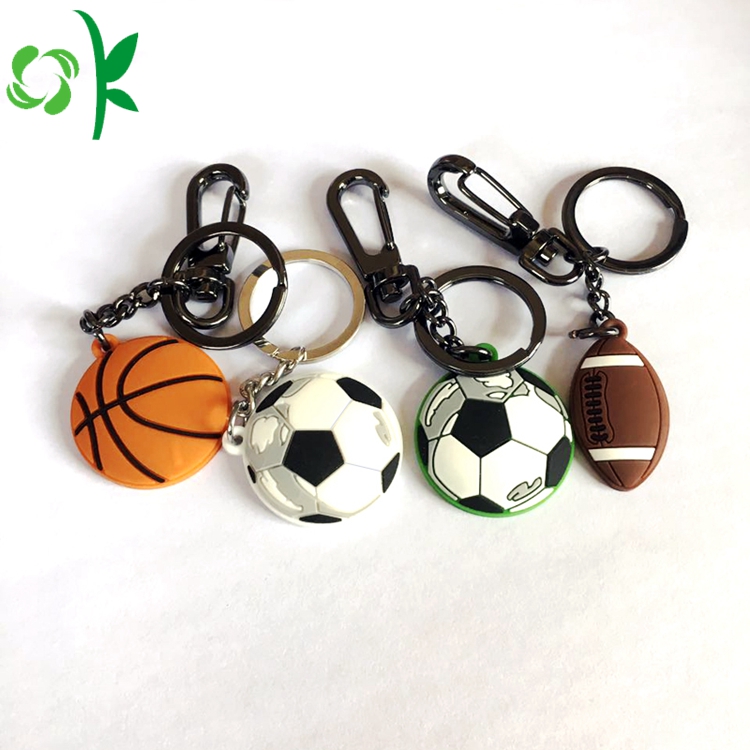