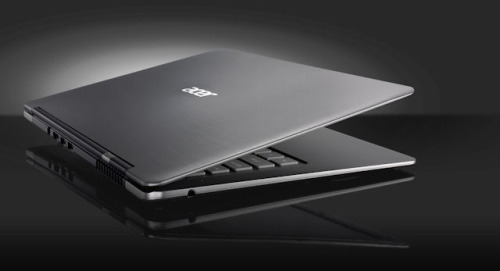 Don't look at the term Superbook this time is not long, but this year its development has not lost to anyone, Acer chairman Wang Zhentang predicted: In 2012, Superbooks will occupy 25% -35% of the notebook computer market sales .

Acer said that they have sold 250,000 to 300,000 units in the first quarter of their launch of the Aspire S3! Although the European market has a lot of uncertainty, while the US market sales are not satisfactory, but they still found a lot of buying potential in Brazil, the Philippines and other Southeast Asian markets. The success of Acer is actually only the tip of the iceberg in the huge achievements made by Superbooks. With this platform gradually being recognized by more and more people, the market share and sales volume it occupies will inevitably increase significantly.

With the advantages of its own performance and stylish thin appearance, the development speed of the Ultrabook has exceeded our expectations, but its rival, the tablet PC now being sought after is not a good deal, the 2012 The notebook market will be what kind of situation, Acer's prediction will not come true, we still have to see the final number of words.