As the scale of major domestic heavy machinery industry continues to expand, industry competition is becoming increasingly fierce. At the same time, the company faces fierce competition in the international market. At the time of heavy industry overcapacity, special robot manufacturing will become one of the company's main businesses. Â

CITIC Heavy Industries, which has just acquired a leading company for special robots, has new developments. CITIC Heavy Industries announced on December 27 that the company will increase capital to a total of 1.22 billion yuan to three wholly-owned subsidiaries. Xiaobian combed the three-year financial data of the three subsidiaries and noticed that only one subsidiary's net profit was positive, and the other two two-year net profits were negative.

The staff of CITIC Heavy Industry Securities said that the capital increase to the two companies is mainly to reduce their asset-liability ratio. In addition, the listed company announced on the same day that it will set up a new company to further increase the special robot business. The above staff said that the business will become the main business of CITIC Heavy Industries in the future. 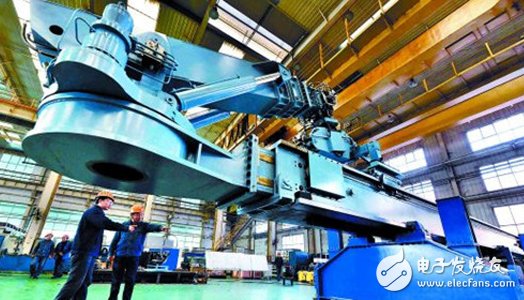 CITIC Heavy Industries announced on December 27 that the company will increase its capital to the three wholly-owned subsidiaries by a total of 1.22 billion yuan.

Xiaobian combed and found that among the above three companies, only the main industry engaged in electrical, automatic control, hydraulic lubrication, medium-weight automation in the two-year financial data, the net profit is positive, its 2014 full year, 2015 full year and 2016 The net profit for January-September was 77.756 million yuan, 107 million yuan and 35.32 million yuan respectively.

All of the above three subsidiaries are engaged in the traditional business of CITIC Heavy Industries. So why do listed companies choose these three companies to increase capital?

The staff of CITIC Heavy Industry Securities Department told Xiaobian that Zhongzhong Automation has been profitable. The company's capital increase is to further expand its scale and produce scale effect in intelligent control and electrical sectors. â€œIncreased the other two subsidiaries, mainly to optimize (their) financial structure, reduce some of the financial burden, and reduce the asset-liability ratio.â€

Special robot manufacturing will become the main business of the company

The new company will be mainly engaged in the design, development, development, manufacture and sales of robot equipment, equipment and systems. For the establishment of the new company, CITIC Heavy Industries said that it will help expand and optimize the company's special robot industrialization and sales service regional center layout, helping to build the company into a leading domestic special robot research and development and industrialization base.

The above staff told Xiaobian that the establishment of Dongying Company is a project for cooperation between CITIC Heavy Industries and Dongying Municipal Government. â€œTangshan Kaicheng, which was acquired by the company in 2015, is a special robot. Fire-fighting robots are also one of them. In terms of marketing, the market potential of fire-fighting robots is still quite large.â€

CITIC Heavy Industries has said that with the continuous expansion of major domestic heavy machinery industries such as North Heavy Industry and Taiyuan Heavy Machinery, the industry competition is becoming increasingly fierce. At the same time, the company faces fierce competition in the international market.

At the time of heavy industry overcapacity, the above staff said that special robot manufacturing will become one of the company's main businesses. â€œBefore we had a lot of customers belonging to the traditional industry, now we are developing some emerging industries across the border, let the traditional and emerging industries drive in two rounds. But our main business will still stick to it.â€