A new year begins. In 2015, the performance of various brands in the engine field can be said to increase and decrease, so look at how the engine market has begun in the Year of the Monkey. Applying one of the most popular greetings for the Spring Festival of the Year of the Monkey, how can the major engine companies be able to "monkey race" in 2016 ("Monkey Sai Lei" is the homonym of Cantonese "good sharp" (very good), is the Spring Festival of the Monkey One of the most popular greetings)? 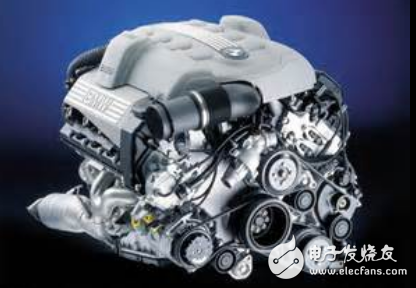 From the overall performance of diesel engine companies, among the 22 diesel engine companies including the statistics in 2015, there are 7 companies with a cumulative production capacity of more than 200,000 units (one more than the previous year), and the cumulative production exceeds 100,000 units. There are 9 (same as the previous year). From the cumulative production order, Anhui Quanchai, FAW Group, Guangxi Yuchai, Jiangling Holdings, Beiqi Foton, Weichai Holding, Kunming Yunne, Dongfeng Motor Co., Shandong Huayuan Laidong, China National Heavy Duty Truck, are in production Sort the top 10. Among them, the rankings of various manufacturers have changed a lot. This is mainly reflected in the product structure. It can be said that from the â€œheavy and light differenceâ€ in 2014 to the â€œlight and badâ€ pattern.

The overall performance of the diesel engine market in 2015 can be said to be a lack of demand and a sharp decline. Diesel engines are affected by the policy, and they are mostly matched with heavy machinery such as ordinary trucks, heavy-duty trucks, bulldozers, etc., and the control rights are mostly in the hands of state-owned enterprises, which also causes their sales to drop significantly. As the implementation of the National IV standard and the escalation of emissions are becoming more and more urgent, the requirements for engines, especially diesel engines, will become higher and higher in the future. Obviously, upgrading the technical level of diesel engines and developing clean green power will become an important direction for future engine development.

Outlook 2016: How to build internal and external growth

After the reunification, Vientiane is updated. The curtain of 2016 has been opened. I believe that all major engine companies are also eager to try. I hope to produce a "Monkey Sai Lei" production and sales transcript in the new year. How do the various engine companies act to boost? What is the market sales?

In the new year, FAW Xichai ushered in a wonderful opening. The various series of engines in the various sectors of the heavy, medium and light vehicles and non-roads all bloom, Changchun headquarters, Qingqi, Liu Tejie reported frequently. Weichai held the 2015 Supplier Commendation Conference to actively respond to the new normal economy with suppliers. Yuchai has also prepared for the reserve work of the products early. The four new products released at the beginning of the year cover heavy and medium-duty engines and new energy capabilities, demonstrating the strength of Yuchai Guowu's technical products. In 2015, Beiqi Foton Motor Co., Ltd., which achieved the double-digit positive growth in the diesel engine market, was very eye-catching in the midst of a terrible event. Dai Songgao, deputy general manager of Foton Cummins, said that the user has been specialized in market segmentation. In the era, Foton Cummins attaches great importance to the user's fuel consumption, load capacity, high efficiency, reliability, etc., and responds quickly; at the same time, the non-road products will become a new business growth point in the Futian Cummins business system, Futian Cummins We will focus on promoting road and off-highway products.

From the planning and action of several major diesel companies, it is not difficult to see that the internal and external repair of engine companies is an important support for the future market share.

First, the further subdivision of market products makes the product and market match more closely. Engine companies pay more attention to the planning and layout of heavy and medium-sized engines and the diverse needs of users. At this point, engine companies such as Foton Cummins are particularly outstanding.

Secondly, the reserve of the National Five products has become an important aspect of the internal self-improvement of major engine manufacturers. The domestic emission upgrade is a one-off test for the engine. In the upgrade of the national four, the backward enterprises are in a disadvantage in the market performance. Therefore, many engine enterprises in the reserve of the national five products have already responded, Yuchai and Xichai Almost all of the mainstream engine companies have carried out R&D work on the National Five Engines.

Once again, take the initiative to attack, strengthen cooperation with major OEMs and suppliers, and work together to further demonstrate the determination and confidence of the major engine manufacturers to expand the market. Xichai mainly promoted the marketing work of the main engines of Jiefang, Qingqi and Liut, which carried its products, and achieved obvious results. Weichai also attaches great importance to suppliers, with a view to working together for win-win development.

It seems that the major engine companies have started a lot of preparations at the beginning of the new year. 2016 is still a year of severe situation. It is a common saying that â€œthe year is difficult to get through the yearâ€. For 2016, all engine companies should work hard. Not bad. The horn of the first quarter has already sounded, only the broadcast

Emergency LED drivers are designed specifically for light fixtures . These emergency backup drivers regulate the power supplied to the LED fixture the same way normal drivers do , but they operate off of a battery instead of line voltage . Because they operate off a battery the light output isn't as bright as the fixture normally would produce , but it will be just enough in an emergency situations . Most of our emergency LED drivers have a maximum emergency operation time of 120 minutes .