The annual Consumer Electronics Show (CES) has opened and this year will be a crucial year for VR. With this opportunity, we may wish to review some of the VR-related highlights (and non-bright spots) that have emerged at CES over the past four years so that we can measure how far the industry is moving forward and what opportunities exist in the future.

The annual CES conference is still the largest hardware exhibition in the world. Companies from all over the world showcase their latest (not necessarily the best) products on this platform, in order to capture the public wallet in the future. VR has gradually become the most popular technology at the show in recent years. And then we will review the significant VR activities in the past CES.

In 2012, Oculus Rift successfully participated in the crowdfunding of Kickstarter. In 2013, it participated in the CES exhibition that year, which was their first exhibition. At the show, they unveiled the Rift prototype helmet before the DK1 pre-production. Most of the media invited to the closed-door communication meeting have a positive attitude towards this product. At the time we were lucky enough to get a crowdfunding Rift DK1. The demo in the crowdfunding machine was developed by our familiar UE3 (Unreal Engine 3), including the most popular and most famous Demo in the early days, the Rift Coaster (Rift Coaster).

Of course, Rift has been reported by the media before, and the big reason is that at the 2012 E3 conference, John Carmack (later co-founder of Oculus) showed Oculus VR creator Palmer Luckey to him. The prototype, which was debugged and modified by Carmack. Only at CES 2013, Oculus VR officially appeared as a company in front of the public. 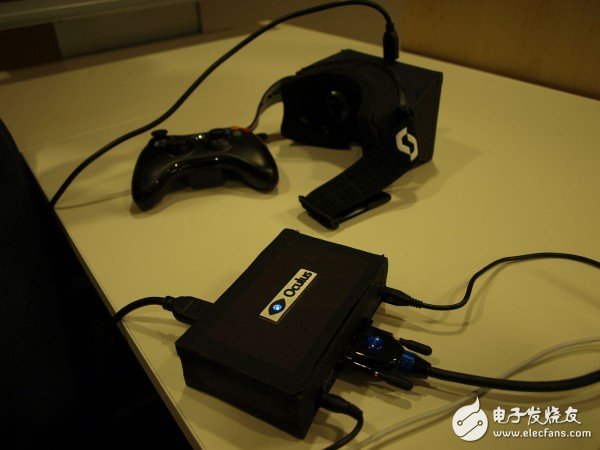 Then at the 2014 CES conference, Oculus was not the only company to showcase immersive technology at the conference. The emergence of Oculus has spurred a large number of startups to enter the VR space and want to replicate its success. The unique reflective CastAR system previously developed by Valve allows us to see the possibilities of future AR forms; Avegant showcases their peculiar but technically impressive VR multimedia player Glyph; PrioVR is on the entry level Motion tracking / input system. 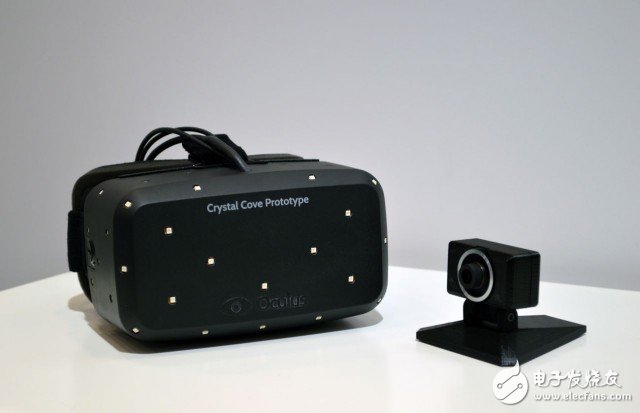 However, Oculus remains the protagonist of the CES VR exhibition area. It not only solves the biggest technical problems on the DK1, but also shows the latest generation of prototypes. The new generation of prototypes is called "Crystal Cove", which has a set of IR (infrared) LED lights and a tracking camera that will make a big difference in positioning tracking in the future. At the same time, the new generation of prototypes also introduces a low-growth screen (the afterglow effect is the phenomenon of persistence of vision. It means that when the human eye observes things, it takes a short time for the light signal to pass into the brain. After the light signal disappears, the visual image Did not disappear immediately).

These set a technical baseline for the Rift helmet that was officially launched in 2016. In the months following CES 2014, Facebook acquired the company for $2 billion.

CES 2015 has seen many impressive improvements in the VR/AR space, but there are also some regressions. The increased interest in VR technology in the circle inevitably attracted some speculators who entered the field with great flow but contributed very little. 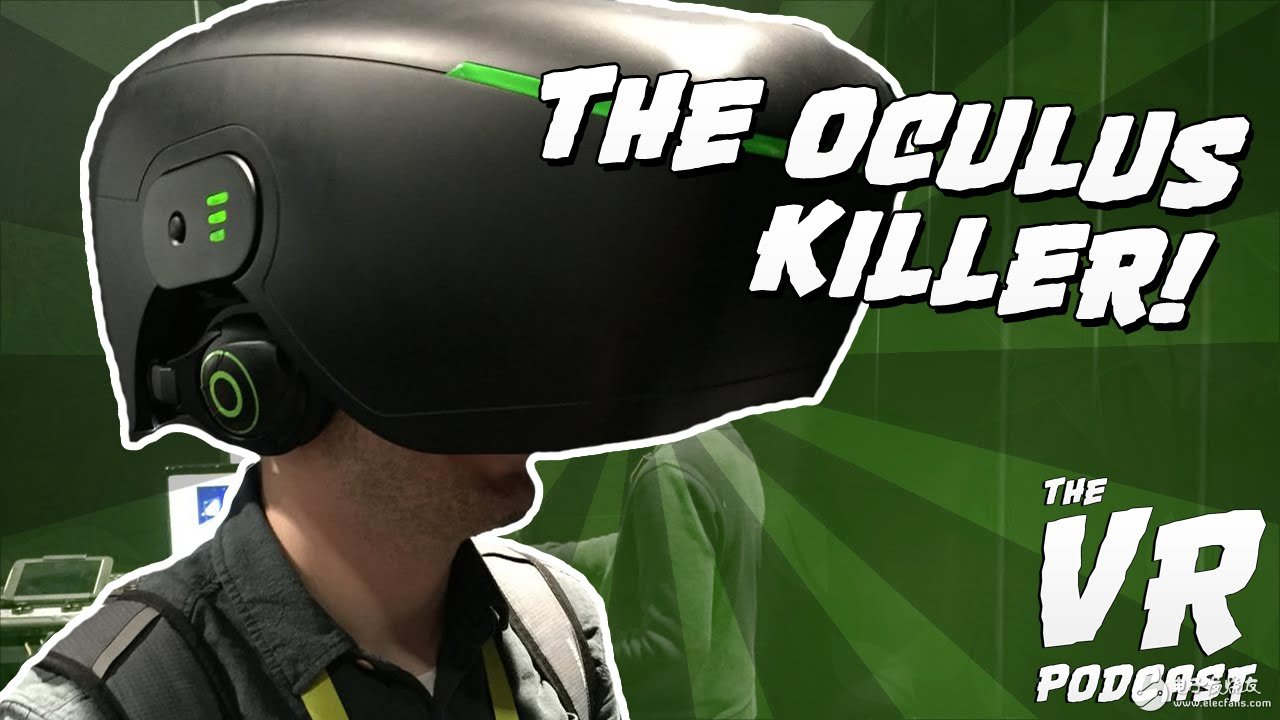 One of the most notorious cases is the 3DHead system. It offers a fully immersive VR experience without the need for a mirror set, and most importantly it advertises itself as a technology that is immediately available to the market. The project was supported by an eccentric billionaire, Alki David, whose marketing strategy was radical and angered many VR communities.

For example, they printed the "Oculus killer" as a slogan on the banner, and ordered the exhibition area next to Oculus at CES to hang the banner. The helmet itself is huge â€“ it looks like an alien head in HR Geiger. Although the appearance of 3DHead is not very attractive, and the advertisements are not bad, we still try our best not to make advance judgments. However, after trying on 3DHead and interviewing the seemingly sincere James Jacobs (the COO at the time), the result was obvious: Too good to say, 3DHead is a bad product, and it is broken, 3DHead is a The downright scam. If you've seen an interview with James Jacobs, you'll find that 3DHead is worse than expected.

Oculus is once again bringing their latest prototype, the Oculus Rift Crescent Bay, and announces that their first developer conference will begin in September, and this prototype makes us seem to see 2016. The final form of equipment shipped in March. It combines high-quality headphones, lightweight construction, and a rear-mounted "ConstellaTIon" series of infrared LEDs and a monocular camera for 360Â° tracking. We also learned that the device supports dual OLED screen channels and Fresnel lenses that were not available on previous Oculus prototypes. This is also the first Oculus helmet closest to the consumer version. 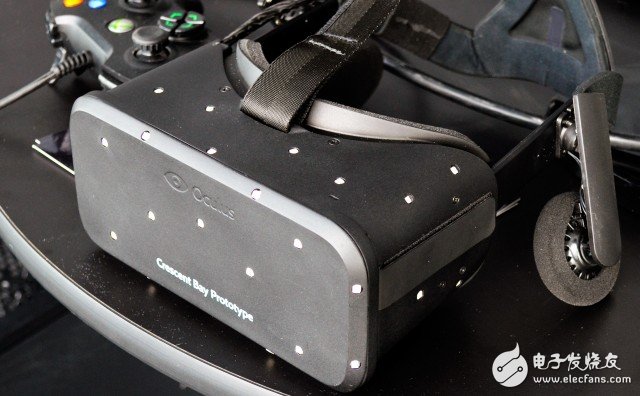 CES 2015 was also the first show of the Mobile VR helmet Gear VR, which was created by Samsung and Oculus. After that, Gear VR became the focus of IFA in Berlin. A large number of Galaxy Note 4 and Gear VR are placed in front of and behind the Oculus booth. It is clear that Oculus CTO Carmack is very optimistic about the future of mobile VR.

There is also another spoiler of the VR helmet at the show. Unlike Oculus, it is not intended to build a closed ecosystem of software and hardware, but rather open to developers. The Open Source Virtual Reality (Open Source VR, OSVR) platform launched by Razer was officially launched and released its first flagship device, the Hacker Developer Kit (HDK). It was originally designed as the first case of an open community, and it also opened up many interfaces. Although the platform as a whole is not as good as the Oculus Rift, the VR field needs more vendors to enter. 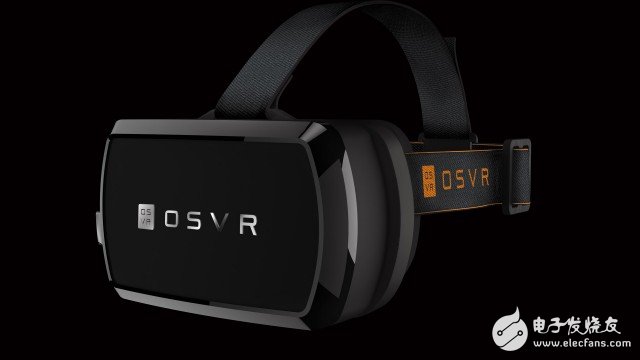 Most people didn't know at the time that Valve and HTC were working together to develop a VR system that would shock the entire VR industry. Oculus is about to face the first real opponent in the PC-driven VR headset. In the same year at the MWC (Mobile World Congress) in Barcelona, â€‹â€‹HTC unveiled the Vive headline with Valve/SteamVR as the platform, then took part in the GDP (Game Developer Conference) and showed Vive. Head display. Vive is powered by Valve's latest laser positioning technology, which features room-level location tracking and a pair of motion tracking controllers. This also gives people the feeling of being there for the first time.

The emergence of Vive also gave us the concept of "consumer VR helmet", and we also know what kind of products we should expect next. 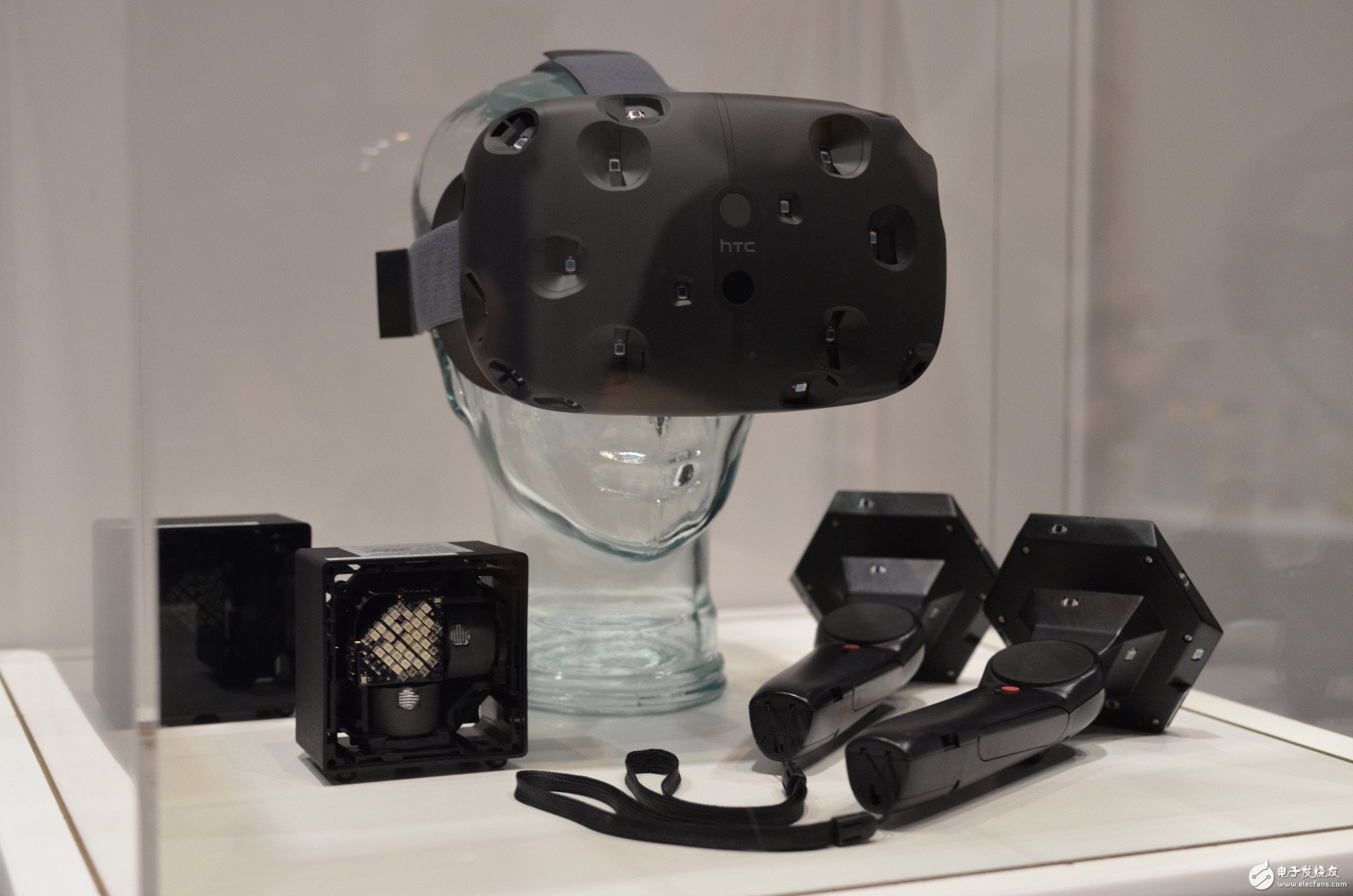 Sony also debuted their "Project Morpheus" (later renamed PlayStaTIon VR, hereinafter referred to as PSVR) based on PlayStaTIon 4, but not at CES, but at the GDC conference in March 2014. In 2015, GDC spared no effort to promote Project Morpheus. By the end of 2015, PSVR became the most anticipated VR device in the mass market. 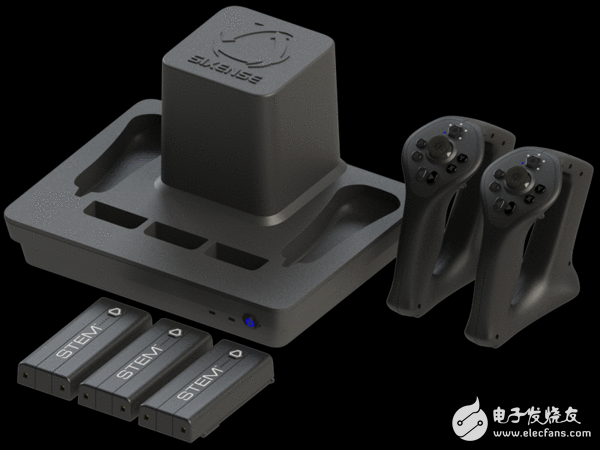 Sixense shows the STEM motion controllers after several iterations. The company took the VR heat wave of 2014 and it was very successful. They filled in the gaps in the VR interactive controller. At CES 2015, they showed off the latest generation of VR controllers that integrated the IMU (Inertial Sensor Unit) to handle some of the errors in location tracking. At the time, it was impressive, Sixense also thoughtfully considered the issue of delivery, and finally completed the delivery of crowdfunding orders on Kickstarter in the same year.

Let's turn the incident back to 12 months ago. For VR, it is said that the whole year of 2016 is the most important moment so far. The hardware is ready, and there are signs that the world's first consumer PC VR heads-up Oculus will ship soon. Oculus announced that CES will accept the pre-sale of Oculus Rift heads. On January 6, 2016, Oculus opened for pre-sales and is expected to begin shipping at the end of March. At the same time, in order to thank those who initially supported their project on Kickstarter, they announced that they would give each supporter a free consumer version of the Rift helmet. However, unfortunately, due to supply chain parts problems, a large number of Rifts were not shipped on time (some of which were also due to logistics). 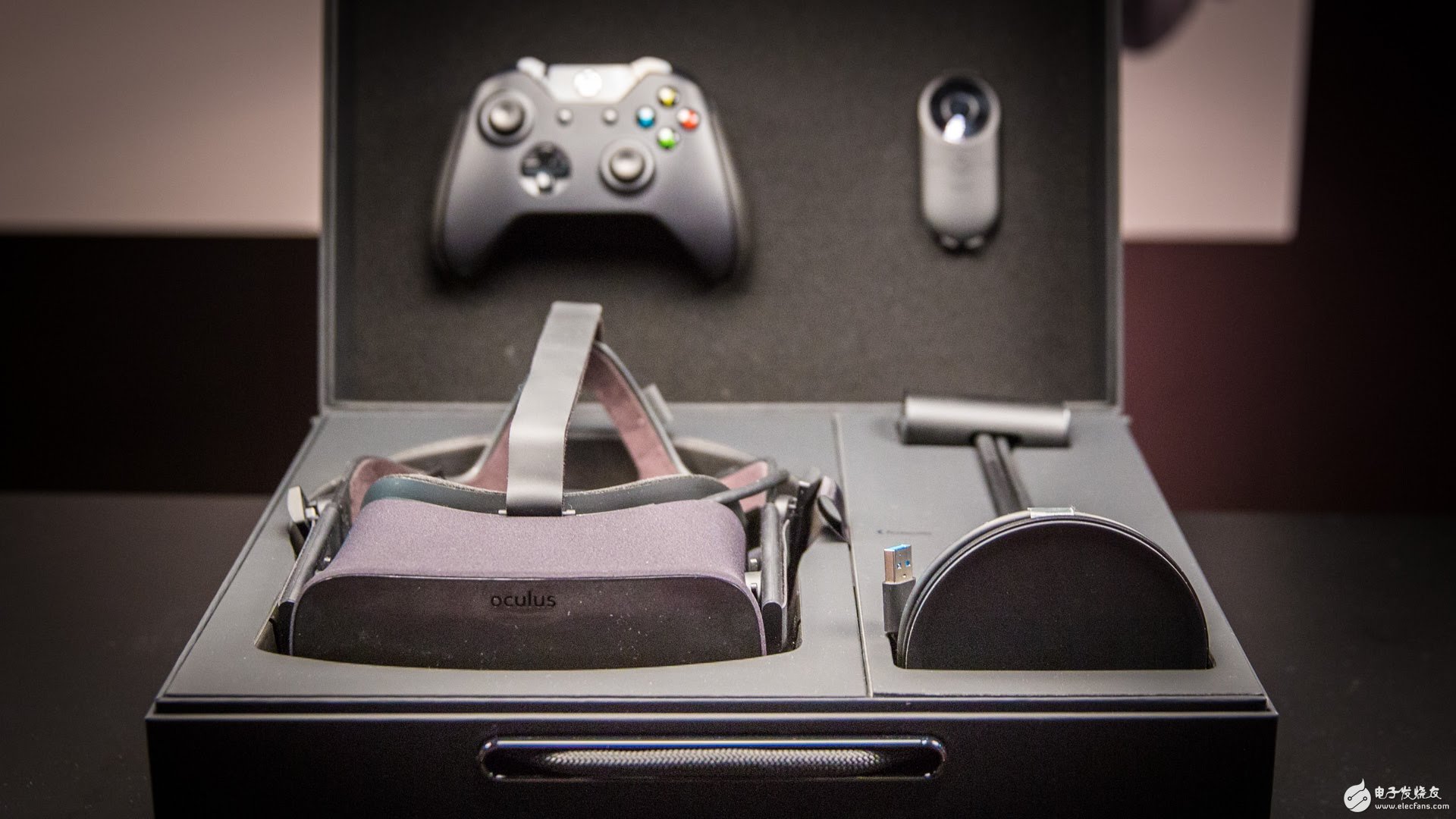 Throughout 2015, Rift's biggest competitor, HTC Vive, received a phenomenal level of praise in the publicity of people's mouth-to-mouth. Its Room-Scale location tracking technology and the right SteamVR motion controller are displayed worldwide, and the special immersion and interactive experience it brings is unparalleled at the time.

Oculus focuses on the sit-and-stand experience of people with disabilities and the lack of a self-contained motion tracking controller. Instead, the Vive of Valve and HTC is a complete VR solution, and people are beginning to believe that Room-Scale is the future. Come, not everyone has so much space to experience). In any case, Vive was launched in April 2016, which means that the competition between it and Oculus officially kicked off, and the debate about VR form formally began. 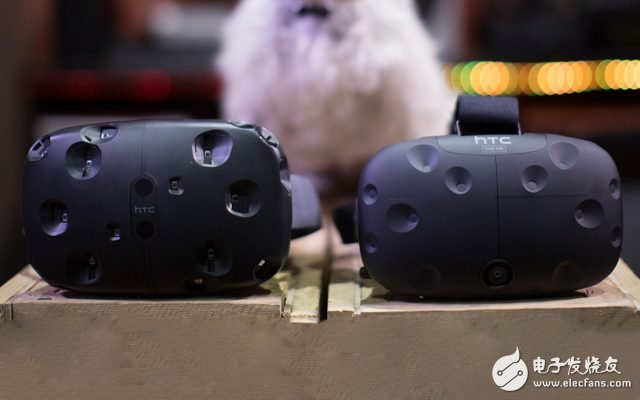 In order to emphasize the progress of Vive development, HTC found the final form of Vive. We've seen several iterations of the Vive Developer Suite, but in fact, as part of the debut, at CES, Valve showed the evolution of the hardware, and HTC showed the Vive Pre, advertised some of the important hardware. Improvements. A front camera is added to the Pre so users don't have to take off their helmets to see what they are in the real world. Pre also handles some dizziness problems, and its size is much smaller than in the past. In all respects, the Pre is very close to the official version that was launched in April. 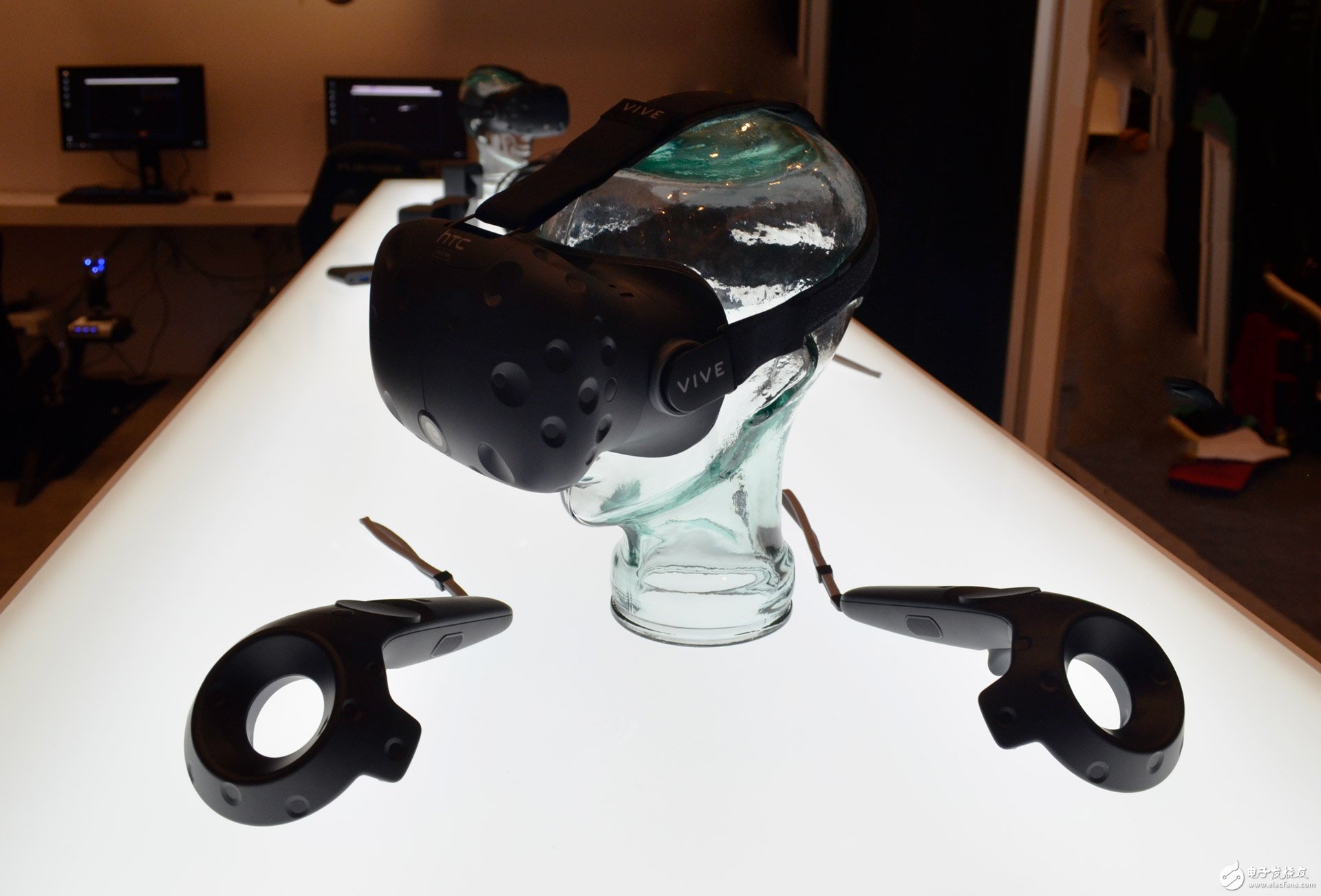 As for the VR input, Virtuix unveiled four VR universal treadmills at the show, using an FPS competitive game with this device. We have tried the latest version of the universal treadmill. Despite its huge size and weight, the unique experience of integrating sports into VR is still very novel. Also novel is the Rudder VR, a device that lets users play VR games with their feet. It shows its final version at CES and announces its 2016 open purchase. Others are devices similar to operating interactions in Gear VR in the form of electromagnetic fields.

At CES 2016, eye tracking technology eventually began to be used on VR. Sensomotoric Industries demonstrated their technology for rendering images and input based on "glasses gaze". FOVE, the only selling point of this technology, released a helmet. This also seems to be the technology most likely to become the standard for VR helmets in the future. 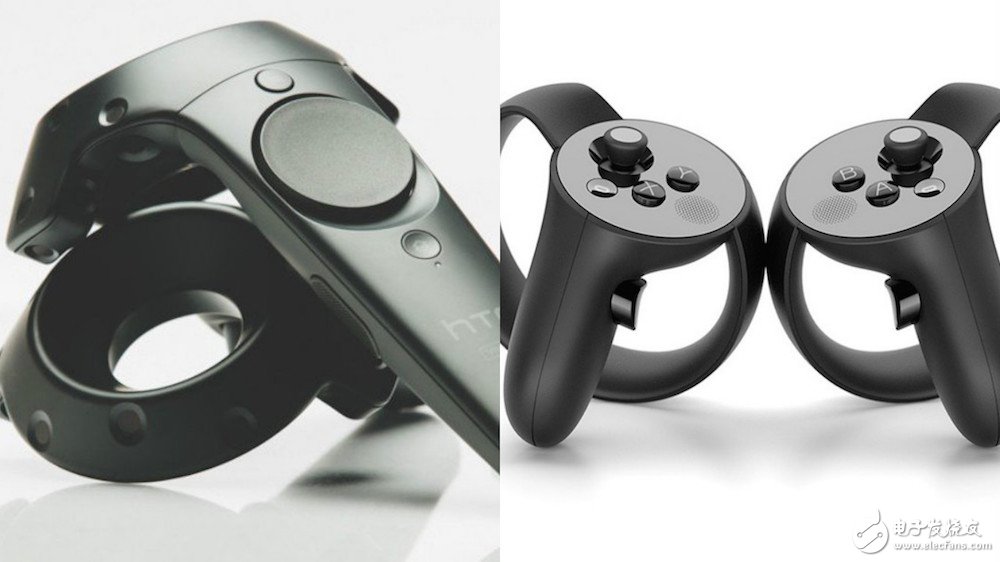 Oculus finally showed their motion tracking controller Oculus Touch at CES, when we experienced the latest version of the device and later found it to be no different from the official release. After waiting a year, Oculus users can finally experience the full consumer VR technology.

The above is the development of VR at the CES exhibition. CES has been showing hardware activities from start to finish, so the tremendous progress made by developers and industry pioneers in VR content is naturally not revealed. However, to be honest, consumers are now able to buy all the mainstream VR platforms and devices, so Oculus, Sony and Valve/HTC are naturally focused on developing content for their own platforms.

At this year's CES, we may not see much improvement on VR hardware. But maybe you can see some hardware that might become part of VR technology in the future. We will see companies making strides in the field of wireless VR, perhaps with eye tracking technology or a large number of VR input solutions.