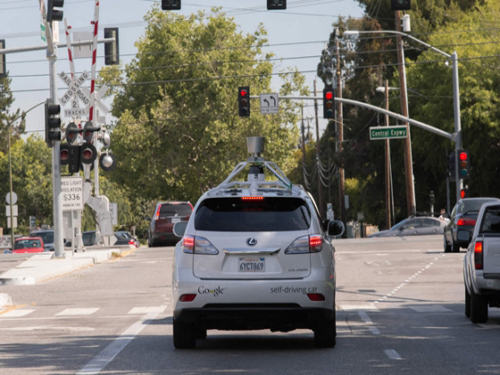 According to local media reports on Monday, the document submitted to the California Motor Vehicle Administration ("DMV") disclosed the accident. The document shows that a Lexus RX450h with unmanned technology collided with a bus in Mountain View.

The report shows that at the time, the driverless Lexus was trying to merge into the lane and avoid the sandbags on the road ahead. It apparently â€œseesâ€ the bus through the rearview mirror and â€œdeterminesâ€ that it will stop or slow down, but the bus does not stop or slow down.

Fortunately, both vehicles were very slow at the time, Lexus was only 2 miles per hour, and the bus was 15 miles per hour. The accident did not cause casualties. The report merely stated that Lexus was damaged.

After the news about the accident was â€œtouched by the netâ€, Google explained the reason, saying that â€œmanned cars will have similar accidents every day. This is a classic case of negotiation in driving activities â€” we try to predict each otherâ€™s behavior. In the second traffic accident, we obviously have the responsibility, because if our car does not appear there, it will not cause the two cars to collide. The on-board tester thinks that the bus will stop or slow down and make our car merge into the lane. And that the distance between the two vehicles is large enough."