I don't know if you will feel like this. If you play a game, you will be beaten and crying. Especially when playing a game of battle, your reaction will always be better than those virtual "opponents". But if you extend these games to physical media, do you have a chance to win? If you don't believe it, you can try JJRobots to launch a system called "Air Hockey Robot EVO". A friend with strong hands-on ability can DIY himself to fight the robot ! 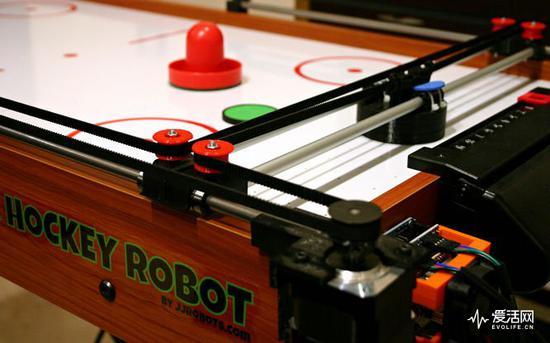 The Air Hockey Robot EVO system is a desktop ice hockey game system consisting of Arduino, pulleys, bezels, and many parts that can be printed in 3D . When you're assembled, the machine can use the smartphone as its eyes and brain to detect the predicted trajectory and instantly react to it by detecting the position of the puck and the racket.

But don't think that your reaction will be faster than this system. According to reports, the performance of this machine on the desktop ice hockey can be comparable to the master level, we will be instantly beaten by a light heart, I feel on the tablet, mobile phone If you donâ€™t have enough abuse, you can assemble one yourself and kill yourself. 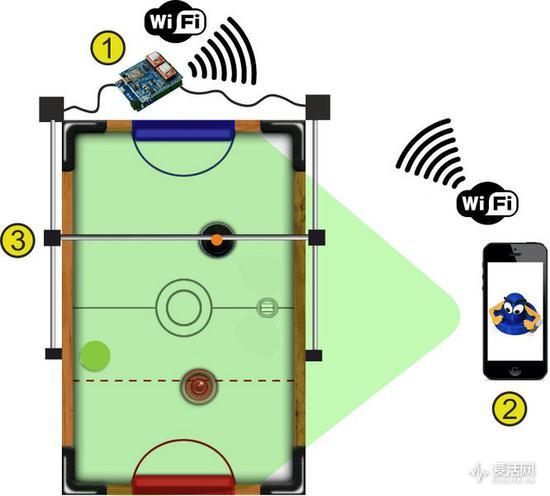 JJRobots said that the system construction cost is about 1216 yuan, but currently only the Android version, iOS version is estimated to be launched in 2017. Nothing to be abused by the robot, maybe you can kill the Quartet.