As early as the November 2012 Shenzhen High-Tech Fair, China Mobile shouted the slogan "The future is here". Now, with the launch of TD-LTE bidding and the joint efforts of the industry, the 4G era will obviously move to every user faster.

At present, TD-LTE bidding is in full swing, and the bidding for China Mobile's TD-LTE (4G) equipment, which has attracted much attention from the industry, has finally come to fruition. According to people familiar with the matter, as in the case of 3G bidding, domestic equipment manufacturers still won a lot, with the overall share exceeding 60%. Among them, ZTE and Huawei alone have obtained a 50% share. Last year, China Mobile's first TD-LTE bidding, Huawei and ZTE both received 25% of the shares, occupying half of the country. This time it can be described as a continuation of brilliance, with the two still receiving 25% each.

The huge investment scale and the twists and turns of the bidding process have made China Mobile's TD-LTE centralized acquisition fully attract the attention of the industry.

This tender for TD-LTE is a rare large order in the international telecommunications market in recent years. 200,000 base stations and 20 billion investment will rewrite the current global LTE and the entire mobile communication network market pattern, and even affect the future global LTE. The market trend has driven the development of the TD-LTE global market, and thus further established China's image as a telecommunications power. Such an important tender construction has also attracted the attention of all parties. What should we value in the bidding process? National complex, technical strength, or commercial experience?

The TD-LTE network constructed by China Mobile's bidding will be the world's largest 4G network after its completion. Its demonstration significance and radiation significance are quite different. For example, China Mobile took advantage of this good opportunity to absorb the most elite manufacturers in the industry, unite around itself, and organize a large PARTY of the world's top manufacturers, turning this TD-LTE network into a boutique network, making the turmoil. The development of China's mobile Internet business has been pushed to a new height, and operators around the world are envious of emulation. This is China Mobile's biggest business. TD-LTE, which has China's independent core intellectual property rights, will be more convincing in the future. China Mobile is the biggest winner only if TD-LTE really goes to the world. 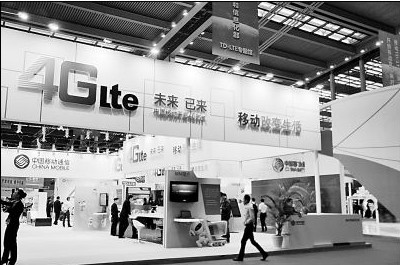 What is the difference between sky-high price and floor price?

As each manufacturer's share in China Mobile's TD-SCDMA current network is different, resulting in different network construction methods for participating in the bidding, and different quotation systems, several major TD-LTE bidding manufacturers seen by the outside world The prices are quite different. For example, many manufacturers report lower prices based purely on F-band upgrades, which is to upgrade the software on the TD-SCDMA base station circuit board that has previously had a smooth upgrade capability. Remodel. The slightly higher price is a new plan, which is to build a new base station completely. The quotation includes the purchase of a full set of hardware and software equipment, construction and commissioning, etc. The content contained in this is very different, and of course the price varies.

According to people familiar with the matter, the current bid opening price is only the arithmetic average of all base station hardware products, rather than considering the weighted average of the number of different station-type applications. China Mobile will compare the price levels of specific vendors in actual deployment with specific application scenarios. Therefore, The legendary quotation is not the real price of each manufacturer, nor can it accurately reflect the actual centralized purchasing cost of China Mobile.

At the same time, considering the R & D investment and manufacturing costs of TD-LTE, as well as the global LTE FDD and TDD price levels, we believe that any rational party will It will not be considered solely by price factors.

How important is the Chinese market?

China Mobile's TD-LTE tender will build the world's largest 4G network. It will not only ensure the status of mainstream domestic manufacturers in the future global telecommunications market, but also have a profound impact on the future global telecommunications market pattern, once again highlighting China. The importance of the market to the world.

Kitchen series are linear actuators that can be used in kitchenware to make it smart. With actuators,  extractor hood can be hide, working cabinet can be adjustable to the suitable height, and wall cabinet can be up and down, etc. Some are tiny enough for limited space, some are long and strong enough (15,000N) for big load.