In the blink of an eye in 2016, this year, the domestic color TV market was generally sluggish. In the first half of the year, color TV makers had a big price war and the increase did not increase profits. From the perspective of sales volume, the total TV content in the Chinese market has increased in 2016. According to AVC's forecast, it will reach 50.56 million units, which is an increase compared to previous years. However, due to the increase in the cost of the panel, TV manufacturers in different countries had to raise prices in the second half of the year. The industry can be said to lament. This year's color TV market is such a tangled situation.

To review the product. In 2016, compared with the conventional television products, the two trends of large-screen and intelligent have continued to increase, while the picture quality has also been further improved (such as HDR technology), and OLED TVs are also rapidly growing.

At present, domestic television has entered the era of large screens, and the bigger and bigger the size has become the development trend of the current television market. The first two years of transition from the 32-inch mainstream to the 40-inch mainstream, 55-inch TVs have now been the main manufacturer push size, but also gradually become the preferred home living room. 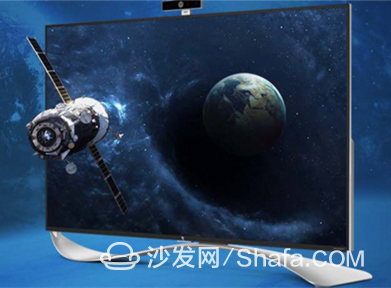 As people's acceptance of the scope is more open, color TV manufacturers are slowly promoting 60-inch and 65-inch TVs, and even some manufacturers have begun to promote affordable flat-panel TVs with more than 70 inches.

The so-called smart TV originally refers to a fully open platform equipped with an operating system, allowing users to install and uninstall all kinds of application software while continuing to enjoy the functions of ordinary TVs.

However, the functions that can be realized by smart TVs have already reached beyond this point, and they have been able to connect smart boxes, mobile phones, VR, AR, cameras, somatosensory devices, smart white and other intelligent hardware and smart home appliances, and have richer and more useful functions. With the development of these intelligent terminal devices, smart home systems centered on smart TVs will be further improved. 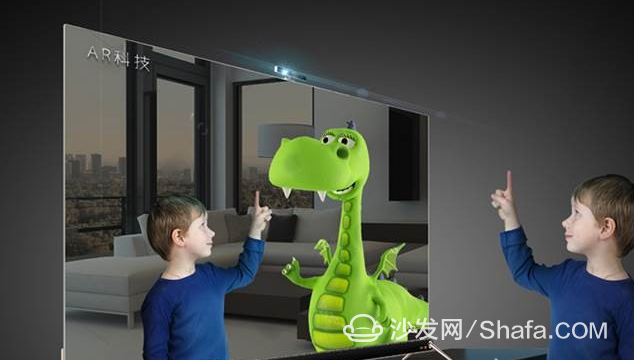 Take this year's emerging AR TV as an example. AR (Augmented Reality) technology enables the virtual world on the TV screen to interact with users in the real world. As a new interactive method, it increases the sensory experience and enriches the home screen. entertainment. At present, AR TV has AR applications such as somatosensory games, sports and fitness, children's education, and shopping and fitting. The actual experience gives people a sense of practicality.

According to AVC data, in the first half of 2016, the penetration rate of smart TV reached 79%, the activation rate was 87%, the daily active users of terminals reached 38 million, and the duration of single use of TV APP was 53 minutes. Looking to the future, smart TVs will become more and more powerful.

With the continuous improvement of the display quality of film and television content, consumer demand for television display is also increasing, and color TV manufacturers have never relaxed their image quality. In 2016, the mainstream evolution direction of color TV products in picture quality is the adoption of 4K+HDR technology in medium and high-end products.

HDR (High Dynamic Range high dynamic range image) is the most popular display technology in the global display, television, and movie content industries. Compared with ordinary TVs, HDR-enabled TVs can provide more dynamic range and image details. Using HDR TV to play HDR movies, the rendered colors will be more vivid, the contrast between the brightest and darkest pictures will be more distinct, the brightness information will be more abundant, and the objects on the screen will be more realistic. 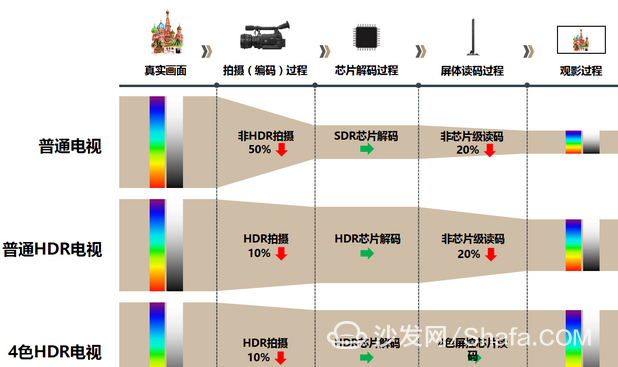 The main core factors affecting the quality of television are the brightness dynamic range, in addition to the definition. This indicator has remained at the level of a few years ago. This is also the main reason why the contrast of LCD TVs is not high enough and the picture lacks contrast. In the actual experience, HDR technology can really bring users a better and obviously improved quality experience.

According to AVC data, there were 121 newly-listed HDR TV models in the first half of 2016, accounting for 23% of the total number of new products listed in the first half of the year; the market penetration rate of monitored retail volume of HDR TVs was 6.8%. As this trend deepens, 4K+HDR will become one of the mainstream technologies in the TV market. In last year's inventory, we have foreseen HDR technology will be popularized in high-end TV products this year. The current bottleneck is the insufficient number of HDR video content, but I believe the future will slowly ease.

According to Ovid data, global shipments of OLED TVs will reach 400,000 units in 2015, and will soar to 1.3 million units in 2016. Global OLED TV shipments are expected to continue to rise significantly by 2018. At present, there are more than 10 brands that have already listed or will be listed on the OLED TV worldwide. According to the best TV survey conducted by the US consumer survey report, 65-inch OLED TVs accounted for 74% of sales in high-end products, and 55-inch OLEDs accounted for as much as 77%. LGD, a major supplier of OLED panels, predicts that OLED TVs will occupy 50% of the global high-end TV market within three years.

Ovid data shows that sales of OLED organic TVs in the Chinese market will continue to maintain a 400% growth rate in 2016 and 2017. According to data from the research institution IHS, Chinaâ€™s OLED TV market share will stabilize at around 20% by 2018, and China will become the worldâ€™s largest OLED market by then. The rapid growth of OLED TVs has benefited from the increase in yield (at present, the 55-inch OLED panel yield has increased to 85%) and the increase in OLED panel output. 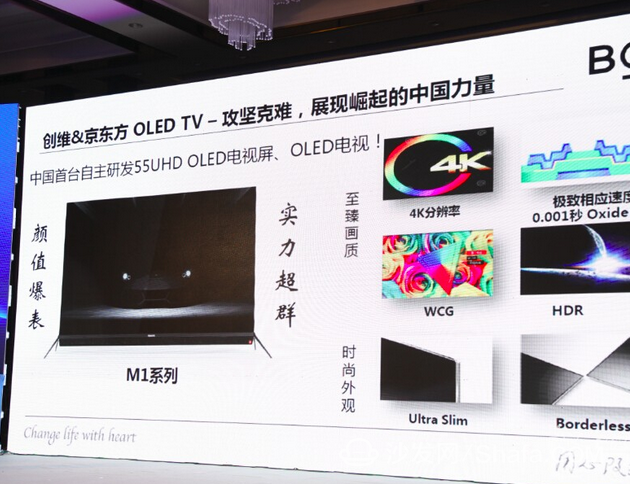 In addition, the curved TV market was also growing in 2016, but there was no major technological breakthrough. In the future, with the development of surface technology, TV will not exist in a fixed form, adapting to the constant changes in the shape of the home, the appearance of television will be more subversive and diversified. 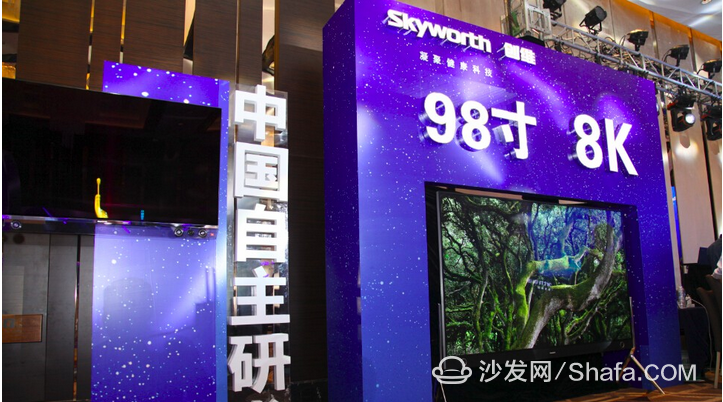 In summary, TV products in 2016 are larger, smarter, and of better picture quality. For users, these are real performance enhancements that meet the needs of users.

The Schottky Diode is another type of semiconductor diode which can be used in a variety of wave shaping, switching and rectification applications the same as any other junction diode. The main adavantage is that the forward voltage drop of a Schottky Diode is substantially less than the 0.7 volts of the conventional silicon pn-junction diode.

Schottky diodes have many useful applications from rectification, signal conditioning and switching, through to TTL and CMOS logic gates due mainly to their low power and fast switching speeds.


the Schottky Diode also known as a Schottky Barrier Diode is a solid-state semiconductor diode in which a metal electrode and an n-type semiconductor form the diodes ms-junction giving it two major advantages over traditional pn-junction diodes, a faster switching speed, and a low forward bias voltage.

The metalâ€“to-semiconductor or ms-junction provides a much lower knee voltage of typically 0.3 to 0.4 volts compared against a value of 0.6 to 0.9 volts seen in a standard silicon base pn-junction diode for the same value of forward current.

Variations in the metal and semiconductor materials used for their construction means that silicon carbide (SiC) Schottky diodes are able to turn [ON" with with a forward voltage drop as little as 0.2 volts with the Schottky diode replacing the less used germanium diode in many applications requiring a low knee voltage.