For the subdivision application extended by LEDs - UV LEDs that produce ultraviolet light have a wide range of applications, and the market has huge opportunities for volume! From the application of the most grounded gas, the UV light used in the printing field is almost completely covered, and the covered application will be further deepened, that is, the UV mercury lamp and the UV metal halide lamp are gradually replaced by the UV LED, just around the corner.

Ultraviolet (light) is divided into three bands from the professional field by wavelength:

From a technical point of view, ordinary blue LEDs basically use GaN as a light-emitting material, but since the band gap of GaN is 3.4 eV, radiation having a wavelength of less than 370 nm generated inside the chip is absorbed by GaN. Therefore, UV-LEDs mostly use AlGaN as a light-emitting material. However, AlGaN LEDs require a coating layer with a larger band gap, resulting in higher threading dislocation density, resulting in lower luminous efficiency. As the wavelength of the radiation peak decreases, the external quantum efficiency of the UV- LED chip gradually decreases. That is to say, to obtain shorter wavelengths, the technical difficulty is greater, and it is necessary to engage in a process of continuous breakthrough of application technology research by UV-LED chip manufacturers. At the same time, it is also necessary to discover and obtain continuous convergence in the field of material research. It is possible to reach the depth of application of large-area and multi-domain UVLEDs, so that UV LED energy can continuously serve human beings.

UV LED has become the main means of disinfection, sterilization, bacteriostasis and even become a medical field. It is slowly opening up, and this "door" has not fully opened up to the full application, in terms of sterilization, bacteriostatic and disinfection. Sharing some of the immature views of using the "third eye", I also took the opportunity to make a fuss to the peers and technology bulls. 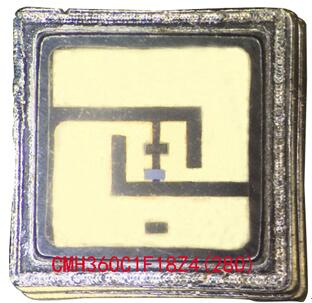 Most of the currently known and existing applications use UVC band ultraviolet light (280nm-315nm) to achieve sterilization and bacteriostatic. The broad spectrum of ultraviolet light can effectively kill various microorganisms, bacteria and even It is a virus, such as a bacterial propagule, a spore, a mycobacterium, a virus, a fungus, a rickettsia, and a mycoplasma.

The ultraviolet light emitted by UV LEDs can also affect the activity of many enzymes in bacteria and viruses, causing changes in the structure and function of protein molecules, interfering with the synthesis of proteins and nucleic acids, and also reducing the toxicity, activity and even death of bacteria or viruses.

If the light emitted by the UVLED reaches the 185 nm band radiation, the O? in the air is ionized to generate oxygen free radicals and ozone. Both of these factors have strong oxidizing effect, causing the protein to denature and the bacteria and viruses to lose metabolism. Causes the death of bacteria or viruses.

BIOTEPT three-phase NEMA frame general purpose AC motors don't require starting capacitors, run capacitors, or centrifugal starting switches that can wear out and fail. Motors operate with a higher torque and greater efficiency than single-phase models of the same HP, rpm, and frame size. They have three-windings that create a naturally rotating magnetic field within the frame of the motor and are suitable for use in nonhazardous applications with pumps, ventilation equipment, machine tools, and other industrial equipment. 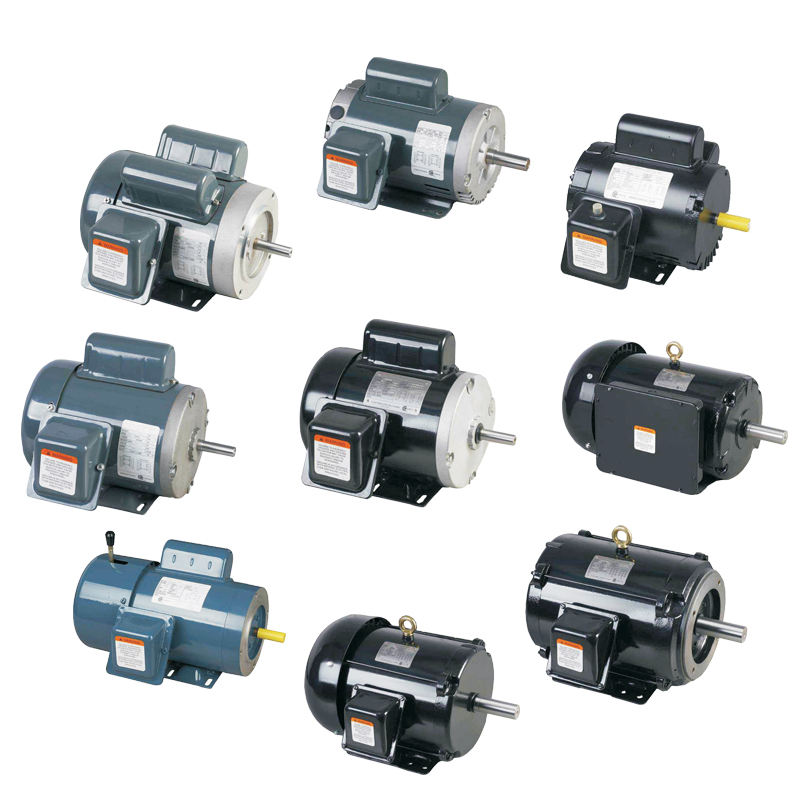 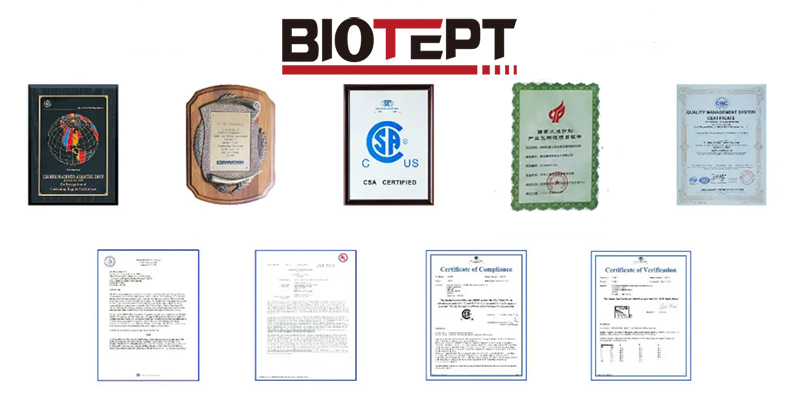